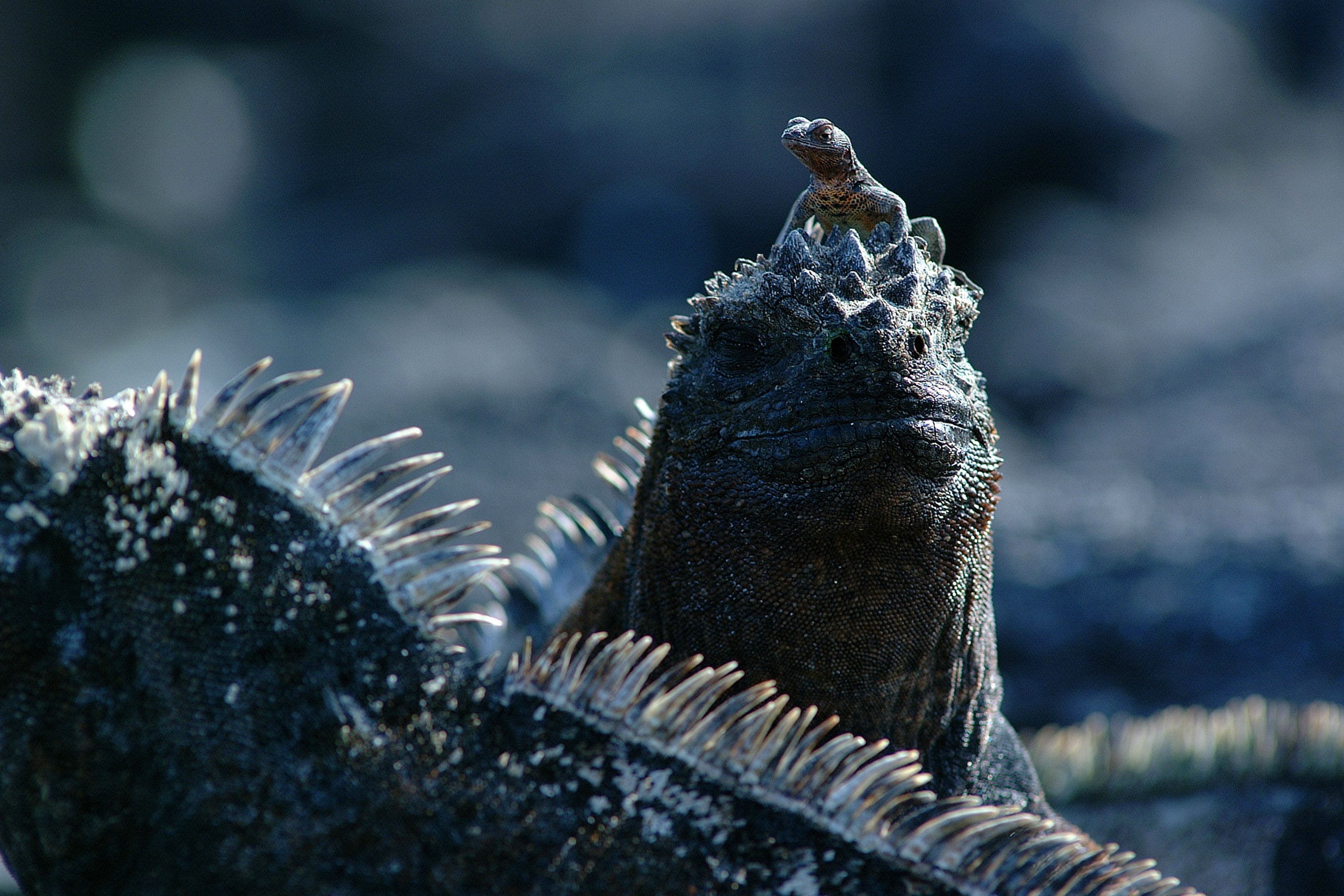 Galapagos is still today very high in volcanic activity with over 50 eruptions recorded since their discovery in the 1500s. Current eruptions of the past decade have occurred in 1995 and 2005 on Fernandina and in 1998 on Isabela by Cerro Azul.

The volcanic rock formations consist of molten basalt while the islands are created through undersea volcanoes rising between 2500 to 3500 m above sea level. The highest level of 7000 m and above from the ocean bed are found west of Fernandina and the highest volcano is to be found on Isabela and is named Volcán Wolf at over 1600 m from sea level. Many of the elder volcanoes are actually completely covered by water and no longer viewable.

An example of previous volcanoes that are over 9 million years old can be found in the Carnegie Ridge, a series of mountain ranges east of Galapagos.

The oldest islands namely, San Cristóbal and Española are around 3.2 to 3.5 million years old although the earth is calculated to be 100 times older and so the islands are considered relatively young in earth history and are an ongoing process of evolution.

If you wish to view a basalt lava flow Sullivan Bay (east side of James Island or also known as Santiago) is the best place to view 100 year old lava which gives a wrinkled skin effect due to the cooling of the molten rock.

We can customize a geology oriented trip to the most important formations in the Galapagos archipelago. Just choose one of our Galapagos Boutique yachts and we will do the rest. You may aslo want to explore the "Avenue of the Volcanoes" in the Andes of Ecuador.