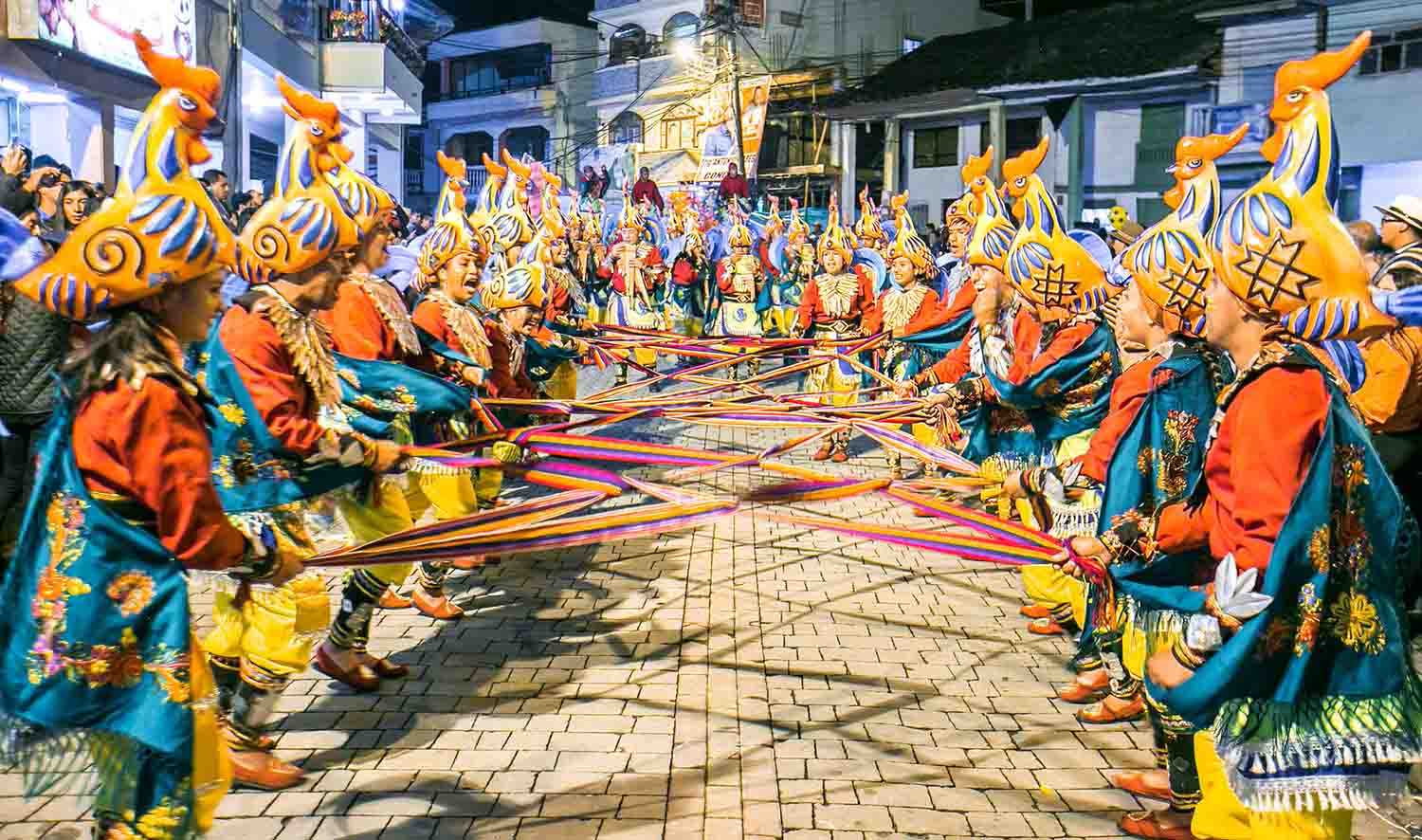 Carnival festivities are one of the many manifestations of syncretism involved in Ecuadorian traditions and celebrations. According to the Catholic calendar, the festivities precede the period of Lent. Many popular festivals are held throughout the country. It is a time of masks, jokes, water, music and dances. Carnival is also classified among the festivities of the spring equinox, which is closely related to the indigenous cosmology before Catholicism in America.

For travellers interested in visiting a Carnival festival during their trip we present a few options in the Andes.

Facts about Carnival in Ecuador

The famous Festival of Fruits and Flowers (Fiesta de las Flores y de las Frutas) in Ambato, is held annually in the last two weeks of February during Carnival. This is one of the most attractive holidays of the region with colorful parades, festivities and Bullfights for up to four days.

Carnival time is teeming with visitors from the whole province as well as neighboring ones also and has a dazzling combination of parades, dancers, strolling poets and masked partiers who roam the streets at random. A group of local musicians also meanders in and out of various houses through the day often receiving alcoholic beverages or the locals drink called Pajaro Azul (Blue Bird) which is a twist on the national drink aguardiente and mixed with local herbs.

The carnival is actually opened by a large landowner who is warmly referred to as Taita Carnaval (Father Carnival) who finances the party himself and officially opens the festival upon entering the town.